The fall in US money growth reverses after two years

For two years since January 2014 the YoY growth rate of Corrected Money Supply had been falling steadily. It plunged from a high of 23.8% in December 2013 to 1.8% on 1 February 2016 and showed every sign of proceeding to fall into negative territory.

However, since then the growth rate has risen steadily for three months, and on 1 May 2016 stood at 5.1%.

If it continues at this level or a little higher, the Fed can afford to raise interest rates without serious consequences. Higher rates would slowly puncture the asset bubble which had been building for half a decade since 2009 and divert money to the real economy. 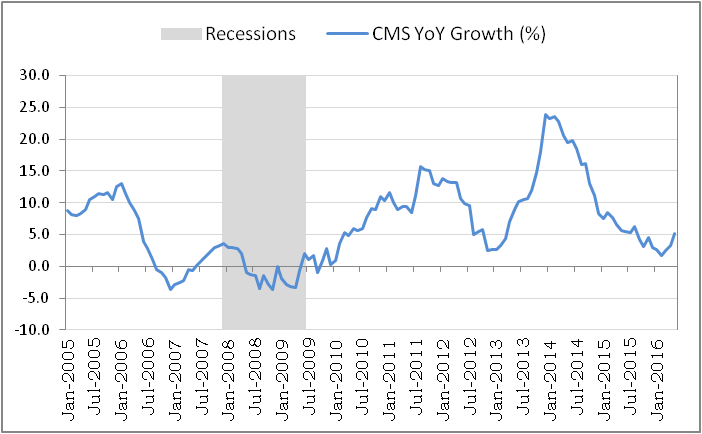