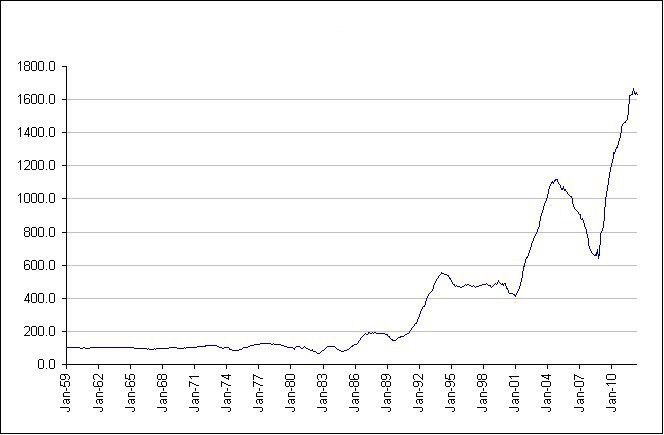 It captures the recession of 2007-2009 very well and shows that the contraction began much earlier. One can also argue that the recession was caused by the very large expansion earlier. Another interesting feature was that it shows the period from about 1994 to 1999 was indeed a Great Moderation. Incidentally, the latest period shows a contraction.